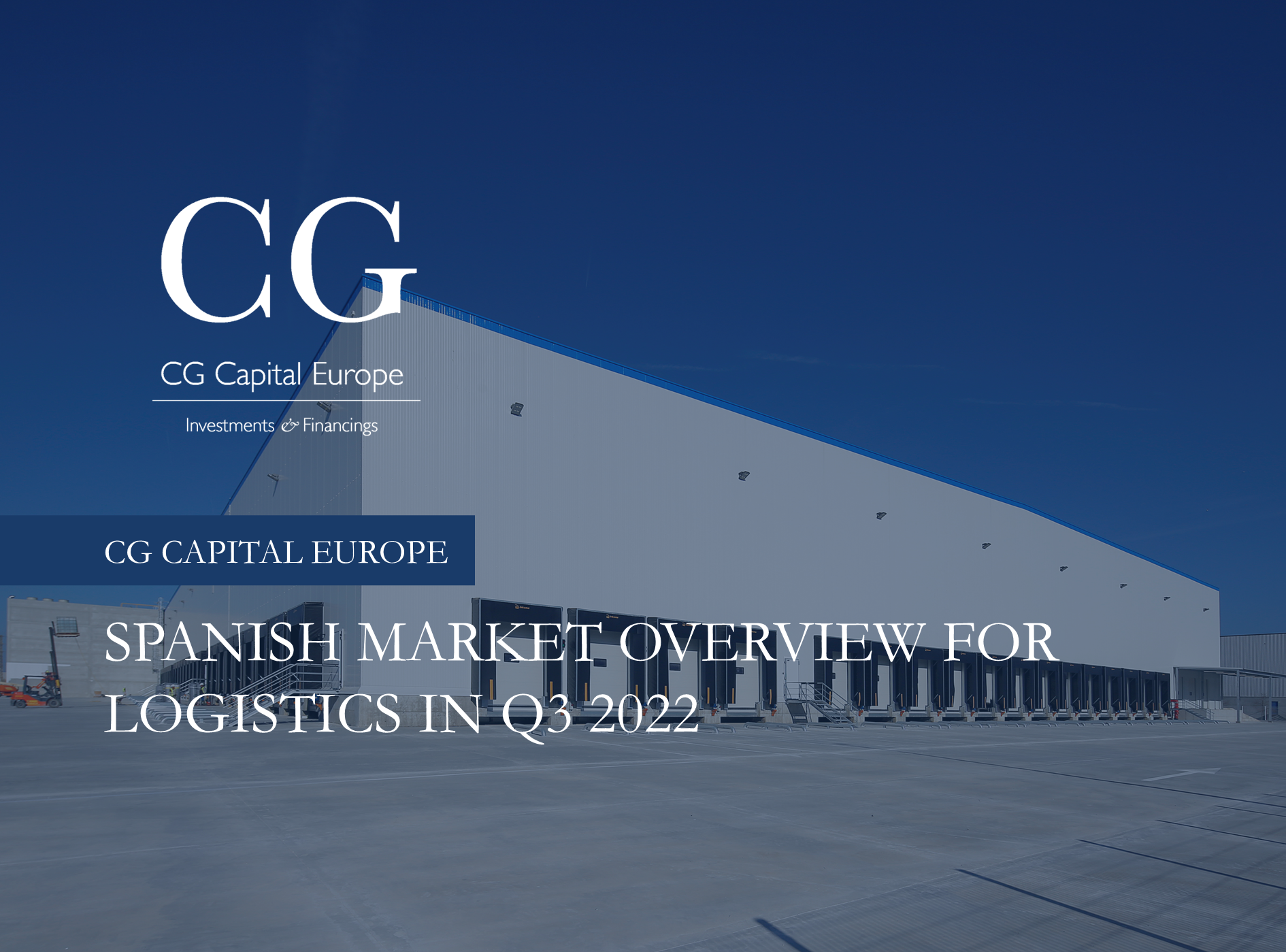 Average prime rents in the cities’ first ring, stood at c. €6.25/sq.m./month in Madrid, and c. €7.75/sq.m./month in Barcelona, driven by the strong demand and the lack of Grade A assets. Moreover, prime yields suffered an upside correction, reaching 4.25% – 4.75% in both cities due to the rise in financing and construction costs.

The largest transactions during Q3 include: i) Prologis’ acquisition of a portfolio of 134 warehouses, previously owned by Crossbay, of which 23 are located in Spain; ii) CBRE IM’s acquisition from Angelo Gordon of ICC Mateu Cromo for €103 million, and iii) another acquisition by CBRE IM of two assets for €80 million in Torrejón and Meco (Community of Madrid).

It is expected that by the end of 2023, Madrid and Barcelona’s supply will increase by c.1 million sq.m., especially in the Spanish capital, which has a considerable amount of projects under development. For instance, the logistics investor Newdock, will build five units before 2024. The increase of supply and the current economic situation, will cause rents to stabilise over the following years.

Overall, the logistics sector forecast in Spain is that take-up levels will maintain consistent growth with the current level, mainly due to the imbalance between supply and demand, and it is estimated that investment volume for the rest of the year will increase, until reaching a comparable figure to last year’s, which achieved a record level (€2.6 billion).