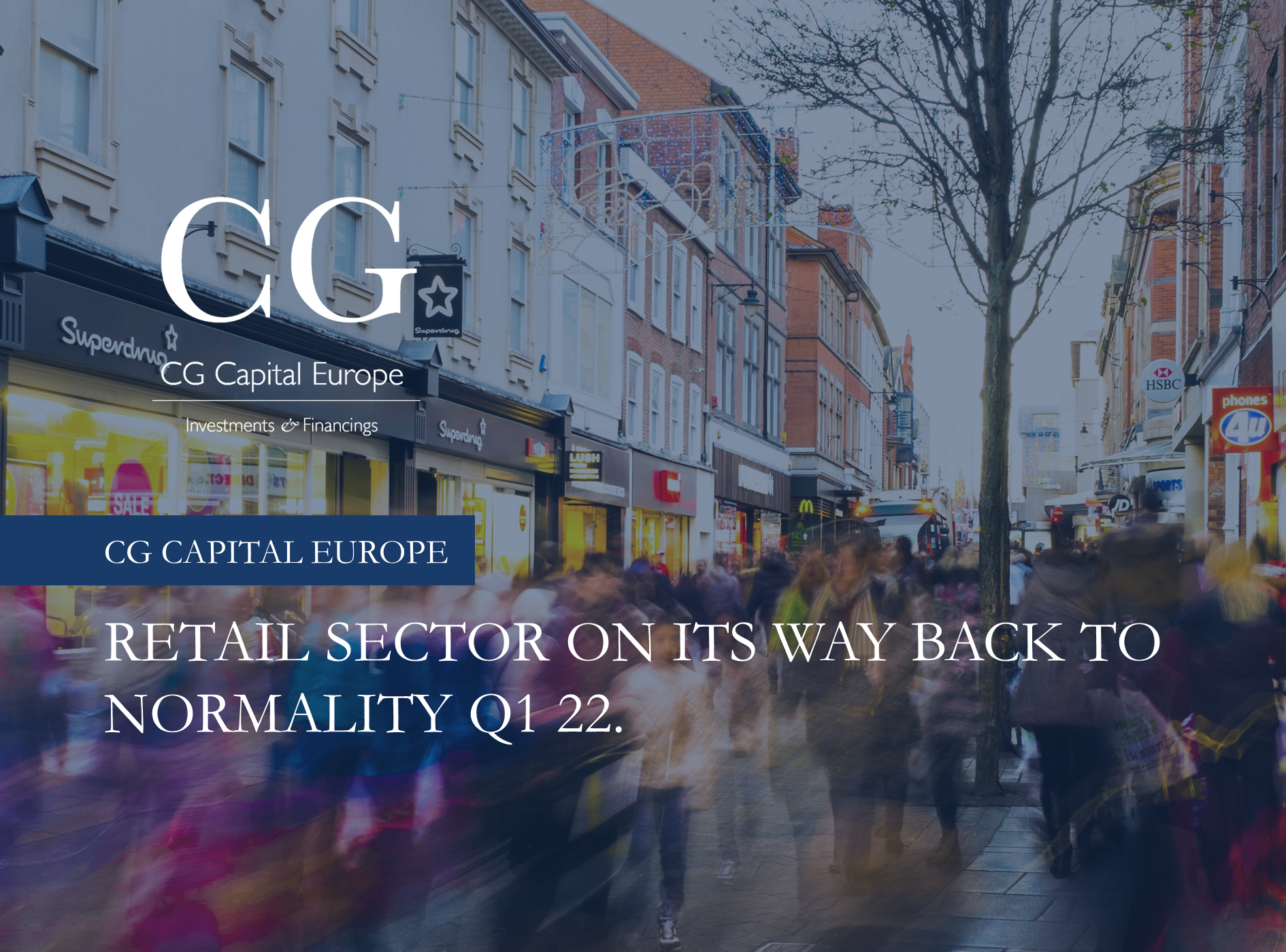 The ‘hardly-punished’ retail sector is on its way back to normality regarding take-up figures and investment volume, so far exceeding expectations. In Q1 22, shopping centres stood out as best performing class with c. €163 million invested (+333% vs. Q4 21) and High Street followed with c. €153 million with a special focus on ‘core product’.

Prime yields remained stable in Q1 22 at an average of 3.45% for High-Street and at 5.30% for shopping centres. As of available data, in H1 22, Retail led the way in Real Estate investment, with a total transacted volume of more than €2.9 Bn, a figure +8x vs. H1 21.This was made possible thanks to BBVA’s purchase of 629 branches from Merlin Properties amounting to a total of €2.0 Bn (representing c. 70% of the total investment).

International investors seemingly have especial interest for ‘Prime High Street Retail’ opportunities (arising from the pandemic-crisis) which is leading to a reduction of availability in Spanish prime cities. In Madrid, out of the 300,000 sq.m. of Prime and Super Prime space, only c.12,000 sqm are available. Regarding take-up, most space has been occupied by fashion stores (with 25.9% of the total), and accessory shops and restaurants follow right after (with 18.5% each).

E-commerce is booming in Spain, with revenue growth forecast at 12% for FY22 and even 45% higher by 2025. In spite of this, the majority of customers still shop at the physical store regardless of whether they also do it online. The key takeaway here is that over 80% of consumers today have an omnichannel shopping process which ultimately shows that physical and digital spaces are not mutually exclusive, but rather the opposite; they complement each other.

During Q1 22, prime retail rents remained stable, although by Q4 22, prime rents in High Street are expected to rise by c. 6-7% in Barcelona and Madrid. These increases will be among the largest in Europe, after the sharp drop in FY20 and the stability of rents in FY21.

In shopping centres, prime rents are estimated to increase by c.2% throughout 2022 and in retail parks, rents have shown greater resilience, strongly backed by the F&B boom and their potential for repositioning into last mile logistics centres. Their growth by the end of this year is estimated at 10% per annum.

All in all, it can be argued that supermarkets, shopping centres and retail parks have recovered quicker than the remaining asset classes within retail. From CG Capital Europe, we think the increase in footfall on main streets as a result of less stringent restrictions alongside the recovery of both national and international tourism are and will be the main drivers of demand for the retail sector in the coming years.