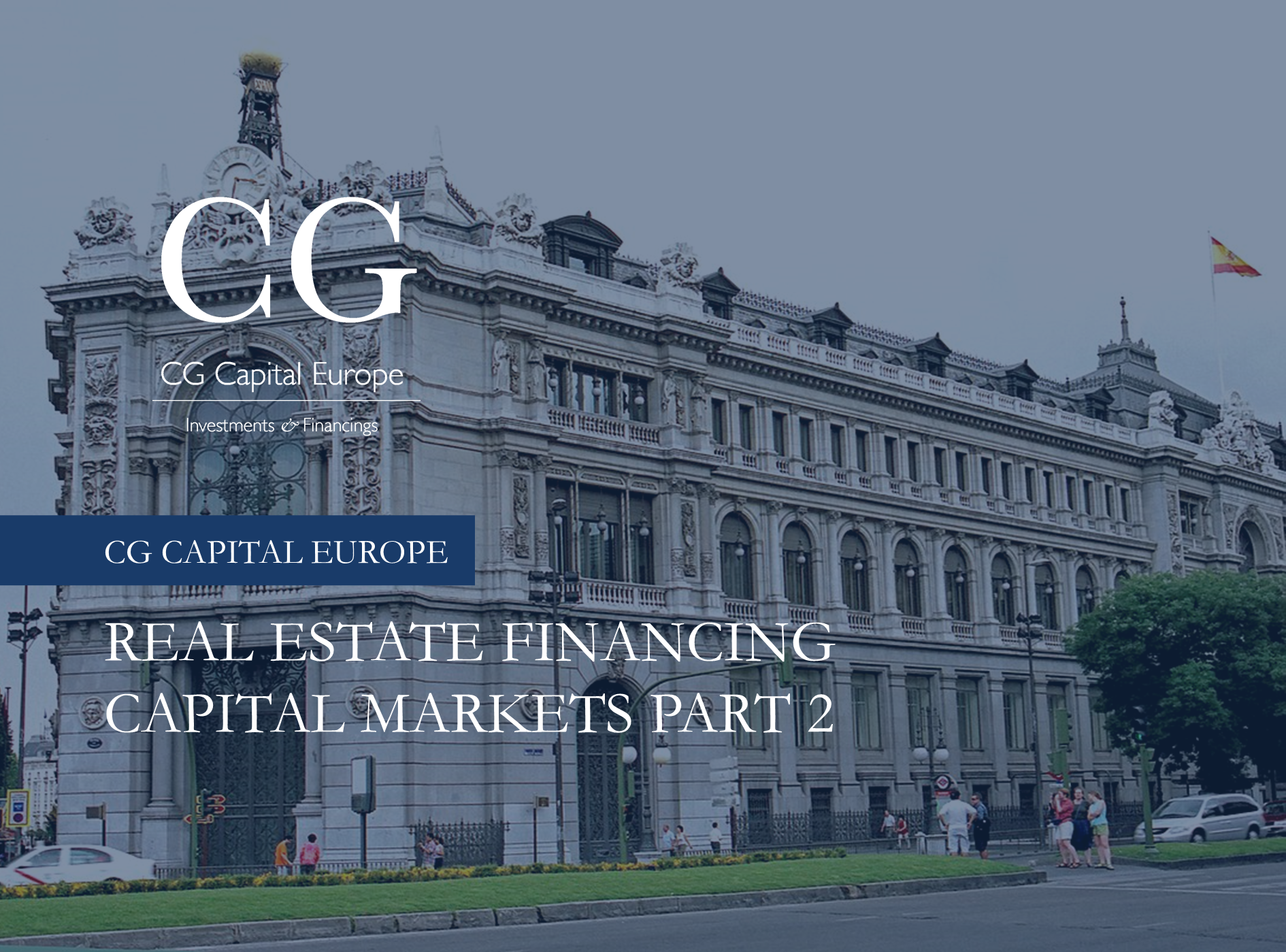 Following on our previous publication (https://cgcapitaleurope.es/real-estate-financing-capital-markets-i/), FED interest rates in United States are subject to change, but it still remains unclear whether its counterpart- the ECB– will follows up to the same degree or with a similar but milder approach (more likely scenario). Regardless of what ends up happening, there will be significant change within the financial sector, as alternative lending becomes increasingly relevant.

Nowadays, and after years of balance sheet cleaning, Spanish and international banks are still “brick-averse” and are reluctant to lend unless such Real Estate Assets are income-producing or pre-sold (and in both cases, barely up to 50% – 60% of Loan-to-value (LTV). These circumstances set the ground for Alternative Lenders to fill the space and market niches left behind by regular banks. This normally consist on financing land purchases, developments at pre-sale / pre-licensing stages, and acquisition financings or refinancing’s above these 50% – 60% LTV limits.

Regular banks receive their funding fundamentally from depositories, therefore having a very low return (cost of capital) through the interbank market – EURIBOR. Due to this, Alternative Lenders generally have a higher cost of capital, which translates into higher financing costs for investors.This is because Alternative lenders have the need to invest their funds (also known as “capital deployment”) and their final investors require a higher return on capital, so higher financing costs are then passed on to investors.

However, it is for the same reason that they will target riskier products with more potential profitability i.e.: bridge loans (critically essential for developers). Mezzanine financing is less common in the Spanish real estate sector than bridge financing, but a mezzanine market exists because leverage is key to achieve higher returns, and the leverage offered by banks is insufficient for the returns that some investors expect to obtain.

Alternative Financing has also taken off thanks due to professionalisation of the sector, which has become more financially literate as the main real estate groups now have institutional funds in their cap tables. Exhaustive analysis prevails in the sector when looking at potential investments with the respective impact on exit yields and debt costs.

From CG Capital Europe, we expect market traction to persist in Real Estate Investment as increases in interest rates will be minor, as well as a great future ahead for Alternative financing in Spain, with the capacity to triple volumes in the medium term, reaching similar levels to other European countries such as Germany or the United Kingdom, where banks and funds coexist in a more balanced way.