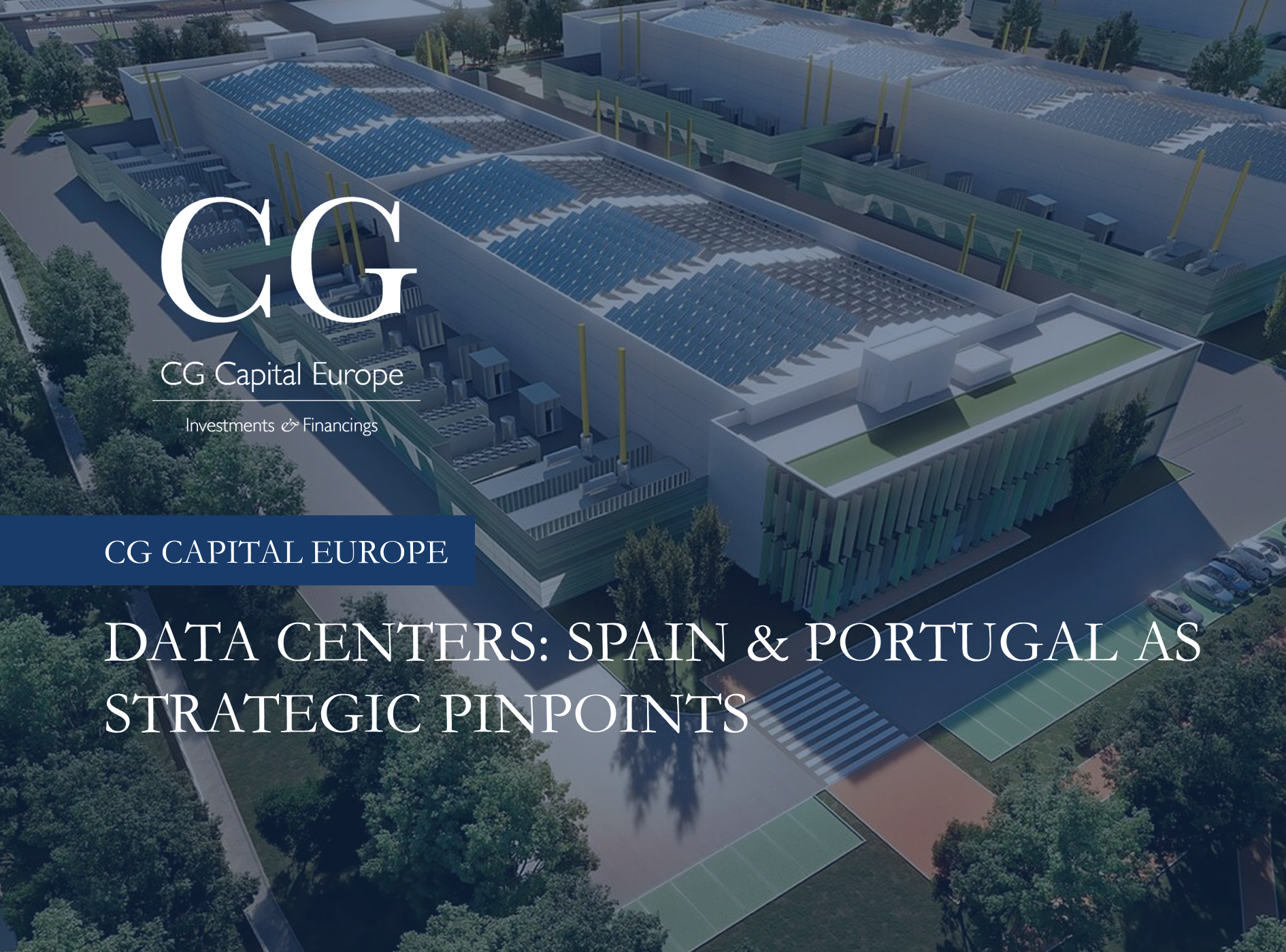 Data centres (the physical spaces where data is stored, processed and distributed) are a fundamental part of the modern economy, as without them, technological growth would be unattainable. With the inevitable expansion of the digital economy, the volume of data generated, processed and transmitted will continue to grow exponentially, which will imply a greater need for infrastructure and data storage space.

Unlike other asset class, the size of data centres is measured in megawatts (MW) rather than in square meters (sq.m.), although reference to the surface area is usually also made. In Spain, data centres are generally owned by internet giants (i.e., Google, Microsoft, Amazon) and have an average size of c.10,000 sq.m.

Spain and Portugal are strategic pinpoints for both distributing and receiving data thanks to the submarine cables connections and dark fibre networks installed. The choice of where to deploy a data centre usually depends on the proximity to both a power source and the end customer, a key aspect in minimising signal latency (the total time it takes for a data packet to travel from a source node to a destination node).

Within Spain, the distribution of data centres is heavily correlated with the areas of most population and economic activity, explaining why Madrid tops the list (c. 45% of the total and 500MW confirmed in the pipeline) followed by Barcelona (with c.25% of the total).

Due to the negative environmental impact associated with data centres, there is a lot of pressure for green energy generation, so a lot of players try to integrate sources of renewable energy. A clear manifestation of this are the current nine LEED-certified centres in Spain in addition to another under the BREEAM seal.

Three of the five big giants of the cloud market, in addition to IBM and Alibaba, are already present in Spain. Being a strategic connection point between continents (Europe, Africa & South America), Spain is expected to receive over €3 Bn of direct investment in the following 5 years, placing it on the same level as the FLAP markets (Frankfurt, London, Amsterdam, Paris) and making it the main digital node in southern Europe.